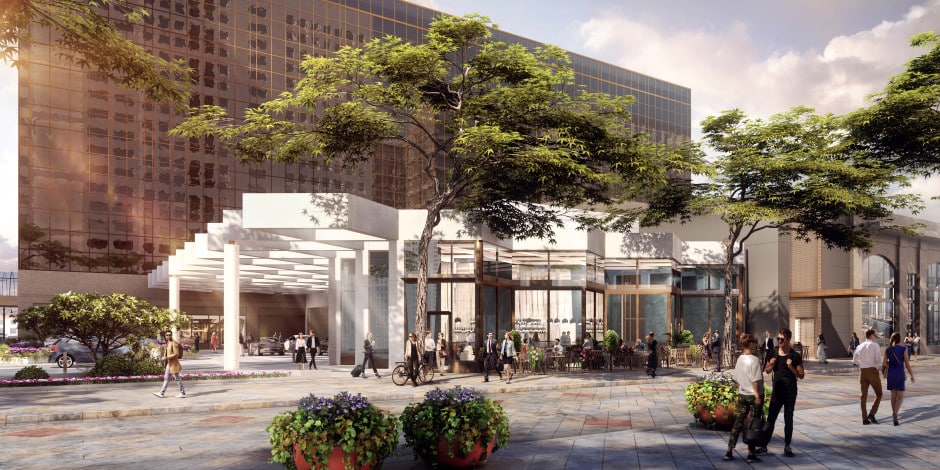 When new owners purchased the Sheraton Denver Downtown hotel last year, they promised to invest in the 59-year-old giant on the southeastern end of the 16th Street Mall.

Not a year later, the promised investing has begun. Tuesday marked the official kickoff of an $80 million renovation project will touch every corner of the hotel, including all 1,231 of its guest rooms.

“I think the timing is phenomenal,” said Tony Dunn, the hotel’s general manager for the past six years. “This city has incredible (hotel) products. Unfortunately, mine is one of the most tired. We haven’t had the capital to invest. Now we have owners that are willing to step up.”

The first act of the nine-month overhaul starts this week with the five, 18-foot-tall ballerina statues stationed outside the hotel’s front entrance exiting stage right. The elongated dancers, which have welcomed guests to the Sheraton since 1997, will be resurrected in the Denver Arts District on Santa Fe south of downtown.

In their place, the Sheraton will update its porte-cochere entryway, part of the first phase of the project which also includes a creating a new lobby and a signature bar just a short distance from the pedestrian mall. Subsequent phases will see the hotel rooms retooled and its ballroom and foyer retouched before the work wraps up in April.

The design, being led by Denver architecture firm Johnson Nathan Strohe, will pay homage to I.M. Pei, the late architect who drew up the plans for the hotel and was connected to the 16th Street Mall project.

With 130,000 square feet of meeting space, the Sheraton is not only Denver proper’s largest hotel by number of rooms, but it’s one of the best options for hosting large events outside of the Colorado Convention Center. The owners that took it on last year, a joint venture between High Street Real Estate Partners of Atlanta and Southern California-based Eagle Four Partners, referenced the hotel’s role as a meeting place in a public statement released Tuesday.

“Our substantial renovation plan will continue to position the Sheraton as Denver’s trophy group meeting and events hotel, benefiting from a close proximity to the best Denver has to offer,” Kory Kramer, a partner with Eagle Four, said in a statement.

The biggest hotel in the state today is 1,501-room Gaylord Rockies Resort and Convention Center in Aurora. The property, with 486,000 square feet of meeting space, opened in December, but its owners have already obtained an $80 million credit line that may be put toward expansion.

Aside from its rival to the east, the Sheraton, last updated in 2008, also faces increased competition down the 16th Street Mall. Hotels have been proliferating at a rapid clip on the northwestern end of 16th Street since the Denver Union Station renovation project wrapped in 2014.

“I think we’ve always been excited and somewhat envious of what happened at the other end of the mall,” said Dunn. “I think work is going to start coming up the mall. I think this project kicks that off and this hotel needs to be elevated.”

The entire mall itself is being readied for a major renovation, a multi-year project expected to cost as much as $130 million. Some of the mall’s dead spots have gotten new life lately thanks to projects like Denver’s long-awaited downtown Target store.

Tami Door, executive director of the Downtown Denver Partnership, said she believes the Sheraton project could be a catalyst for the southeast end.

“The commitment to make this major investment in redeveloping that property sends a strong message about the viability and future of that area,” she said.

TynanGroup is the Project Manager on the Sheraton Denver Downtown renovation project. 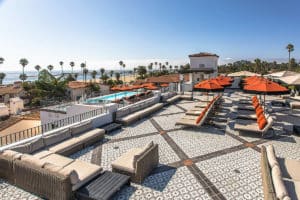