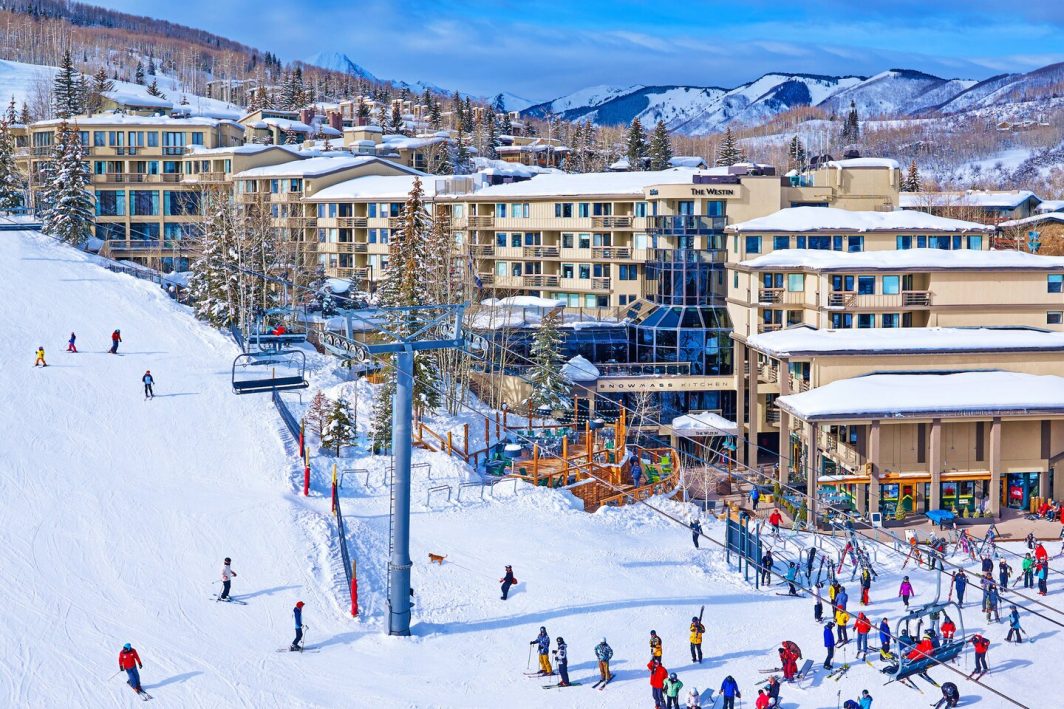 Come Monday, the last guests at the Westin Snowmass Resort and Wildwood Snowmass lodge will check out as the Snowmass Mall properties prepare for a multi-million-dollar renovation that could take nearly eight months to complete.

By the time visitors return for the 2021-22 ski season, both slopeside lodging mainstays will have a facelift and will operate under new ownership.

The two hotels and the Snowmass Conference Center sold for $70 million in December; the new ownership structure includes Atlanta-based High Street Real Estate and RGP Partners (an affiliate of Aspen’s Ajax Holdings); Zurich-based ACRON Group is a financial partner and Davidson Hotels will manage the properties. Initial estimates put the renovations at the Westin in the $40 million ballpark.

Representatives from Davidson Hotels did not respond to questions about the extent of the renovations, updated cost estimates or what the new name of the properties could be as of Tuesday evening. The Westin will join the Marriott Autograph Collection, but hotels in that group operate under their own names and not under the Marriott banner.

Most passersby on the Snowmass Mall won’t notice many changes to the buildings right away — or at all, in some cases, according to Community Development Director Dave Shinneman.

The majority of the renovations will begin after the 2020-21 ski season ends April 25 and aims to wrap up by the time lifts start turning again in late November, Shinneman said. And most renovations focus on interior updates; there are plans in place to replace glass and make some exterior updates at the Westin but there will be no expansion of the hotel’s footprint, Shinneman said.

Construction teams will occupy Lot 9 and the lower half of Lot 10 once the ski season ends, Shinneman said; there may be temporary closures on Elbert Lane but the community development team is still working with planners on the construction management plan that would detail those impacts.

Construction that begins this month on the Electric Pass Lodge and Havens at Fanny Hill homes in Base Village will be far more visible than the hotel renovations on the Mall, Shinneman said.

“Those are going to be the things that you’ll notice,” he said.

Though the Community Development Department had hoped that the Snowmass Conference Center could remain open through the renovations, the meeting space will close to the public and instead serve as a construction staging area for the renovation project, according to Shinneman.

Even the closure of the conference center won’t have major impacts this summer, according to Snowmass Tourism Group Sales Director Mark Scheller.

“Nobody ever wants to see closures and cancellations and things like that but if it’s going to happen, this is a time that is perfect,” Scheller said.

That’s because most groups that planned to hold conferences and meetings at the Westin, Wildwood and Snowmass Conference Center were already re-evaluating their plans due to COVID-19 restrictions long before the renovation-related closure was announced, according to Scheller.

His team realized early on that it would be “virtually impossible” to host groups of the size that typically comes to the venue. Rebooking those groups for future years has been an “ongoing” process throughout the pandemic, Scheller said. Plus, Snowmass Village visitors typically choose the destination before they decide on accommodations, he said, so he doesn’t expect the Westin and Wildwood closures to make a big dent in tourism demand this summer.

He’s particularly optimistic about how the renovations and new ownership will build on the momentum of other recent developments in Snowmass Village, including those in Base Village. Though the “brick and mortar” of the buildings will remain the same, Scheller sees the property renovations as an opportunity to create “brand-new hotels.”

“(They’re) going to be a welcome addition, something exciting. … It’s going to be a huge boost to the community moving forward,” Scheller said.

TynanGroup is the Project Manager on both the Westin Snowmass Resort and Wildwood Snowmass Lodge Renovations.

Behind the scenes of Sheraton Phoenix Downtown renovations: Here’s what’s new at the hotel